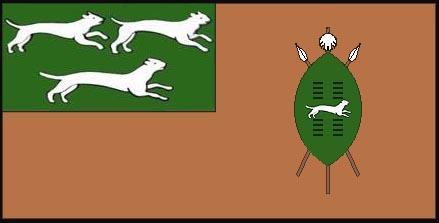 Like their comrades in the armed forces of the other countries of the Wotanberger Commonwealth, the members of the Defence Forces of the Mustela Islands are always aware of the sacred duty they have sworn to carry out: serve, defend, and--if necessary--die for their fellow citizens.

Like all real soldiers, the members of the Defense Forces of the Mustela Islands trace their lineage to the warriors who defended their tribes in the islands' pre-history. Today, these warriors, like those of other nations are organized into three "services"--army, navy, and air force--each of which organized into various combat and support units:

ARMY. The army consists of the Regular Army and the Home Guard.

The Regular Army's combat units are organized into a brigade-sized regiment--the Mustela Rifles--with 6 company or battalion-sized combat "Kikundi" including:

Kikundi cha Kifaru ("Rhinoceros Battalion") An armour bn+, with with 4 tank sqn, 2 mechanized infantry plt, and 1 self-propelled artillery bty.
Kikundi cha Mbogo ("Buffalo Battalion") A "heavy" infantry bn with 3 infantry coy.
Kikundi cha Nyani ("Baboon Battalion") A "light" infantry bn+ with 3 infantry coy. (5 PLT of the Foreign Coy of Foot, Sir Trevor's Own Foot is attached to the bn as part of long-standing cooperative security arrangements with the Grand Duchy and, in exchange, 1 plt of the bn is attached to that rgt on a rotating basis.)
Kikundi cha Tembo ("Elephant Batallion") An artillery bn, including "D" Bty ("Dumbo") with 6 helicopter gunships.

The Home Guard consists of a number of coy= and bn= infantry units generally denominated as "Mwanamgambo [Place Name]", but with notable exceptions such as the famed "Kifaru Karibiners", the "Mogambo Musketeers", the "Catarina Carbineers", and the "Hatari Horse")